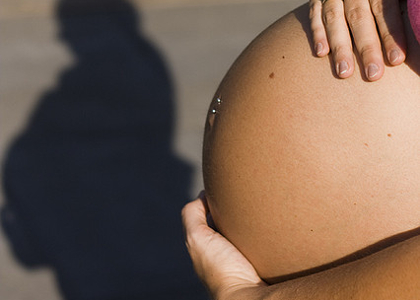 It’s of course a difficult question with many answers and a lot of them are still unknown . But with some specific health problems we are starting to understand what happened to keep them alive. A new example is Factor V Leiden, a blood mutation present in around 5 percent of Caucasians, that is associated with thrombosis and pregnancy complications, such as miscarriage.

The mutation started in just one individual 34.000 years ago, relatively shortly after the Caucasians split apart from other human subpopulations. Despite its hampering effect on the carrier’s health, Factor V Leiden is still around.

Maybe that’s partly because the mutation is helping women to get pregnant, Drs Thijs van Mens just wrote in the journal Thrombosis and Haemostasis. “Studies suggest that women with Factor V Leiden get pregnant significantly faster in some specific groups than those that don’t have the mutation and that women with Factor V Leiden are more likely to get a successful IVF.”

There are other examples of diseases with evolutionairy benefits. Van Mens mentions sickle-cell disease that’s present in regions where malaria is common. The homozygous variant can cause bloodclots and other healthproblems. People with the heterozygous variant, on the other hand, experience few health problems and enjoy a big advantage: both variants make their carriers more resistant to Malaria.