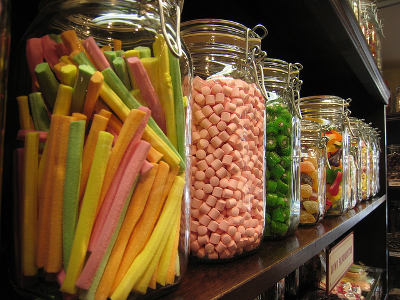 You can probably guess that organized people are more likely to eat healthy and have a low BMI score. But did you also know that people who are less open to experiences more often like sweets?

These findings, published in the new Health Psychology, may sound pretty random, which some of them may actually be, but they’re interesting food for thought.

A group of researchers looked at 1091 70-year olds that already participated in a study in 1936. They asked them about their eating habits, tested their personality with the well known five factor model and measured their BMI to find some interesting associations.

With a computer program they categorized the reported eating habits into four different diets: the Mediterranean, convenience or healthy aware diet and sweet foods.

The study found that at this older age the eating habits of people seem to depend more on openness and less on their being in control.

Emotional and social adjustment also seem to play a part. This all couldn’t be explained by the subject’s earlier tested childhood intelligence, education or sex, the researchers analyzed.

So which diets and personality traits appeared to be linked exactly?It was the Mediterranean style diet with high Openness and Extraversion, and low Neuroticism. The health aware diet with high Agreeableness and Conscientiousness. The convenience diet with low Openness and high Neuroticism. And a preference for sweet foods with low Openness. Subjects with a high BMI were more likely to endorse the convenience diet and score low on Conscientiousness.

But don’t draw too many conclusions based on this study. The researchers may have done their work properly, but their findings aren’t bullet proof. If you start to look for random relations between many variables, you’re bound to eventually stumble upon one that’s really just coincidence. Repetition and theoretical explanation is still needed.