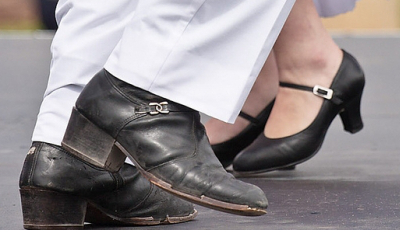 The new scientific field of music cognition challenges computer nerds, opens the eyes of cognitive scientists and even makes evolutionists very uncomfortable. Professor Henkjan Honing knows from experience. As the winner of the Distinguished Lorrentz Fellowship he will spend the following year investigating different aspects of our cognitive ability to listen to music.

What is so interesting about music, other than that it just sounds good?
“I like music, but I’ve never been really fascinated by its history or the biographies of composers. To me the heart of music is the fun of making it and listening to it. But I did get very excited when I tried to make one of the first computers in the eighties act as a very basic music director.

After two years of programming I still couldn’t make our perception of rhythm precise enough to explain it to a computer. I realized that while it seems easy to hear when a beat slows down, a musician is not on time or a tone is prolonged, that ability is actually very complex.”

Too complex for monkeys, you state in your latest publication. How did you test this?
“We let rhesus monkeys listen to a repeating drum rhythm, while using electrodes to look at their cognitive reactions. Then we excluded some of the tones.

We know that human babies, as young as two months, react to these missing tones. They apparently expect a tone to be there and are surprised not to hear it. With the rhesus monkeys this was different, they didn’t seem to notice the missing tones.

“This apparently inborn human skill I call ‘beat-induction’. It’s the ability to pick up regularity (the beat) in a varying rhythm. The beat isn’t physically there, but we induce it. Just like we induce perspective to see how big things are in a picture.”

So is this ability something uniquely human?
“I don’t think so. Another researcher studied 3.000 You Tube movies of animals appearing to dance on music. She saw everything from cats and dogs to mice and elephants dance to music, but found out there are only a few who really seem to dance to the beat. These were all animals that can also vocally imitate others.

“Out of all the animals on our planet, only seven species are known to be able to imitate the sounds of others, besides humans. These are parrots, song birds, hummingsbirds, seals, cetaceans, bats, elephants and maybe mice.

The anecdotic material from You Tube of course isn’t scientific. I personally saw the famous parrot Snowball dance alongside his boss, and it really looked like he listened to the beat. But we still need to investigate this in an experimentally controlled way.”

What does this say about our evolution?
“It’s exciting that we seem to share something with birds and elephants that we don’t share with other primates. Following Darwin’s theory, species that share characteristics should also share the same genes.

But this doesn’t seem to be the case for some cognitive characteristics, like beat induction. Other literature also suggests that blackbirds can reason in a specifically human way.

“Some of my colleagues warn me that it’s impossible to study the evolution of cognitive abilities, because they don’t fossilize. I’m now thinking whether it’s possible to say something about cognitive evolution by studying and comparing current species.

That’s what I want to do this year, but I still need to read a lot of literature, since evolution isn’t my original expertise.”

Why do you think we would have developed the ability to listen to music?
“There are many theories about this. Some say music enables us to live in much bigger groups than monkeys. An experiment two years ago put groups of participants in a room and made them tap to the beat together. One in-synchrony, the other out-of-synchrony.

When a fake participant then dropped a box of pencils, the synchronous group was significantly more willing to help pick up the pencils than the non-music group. This suggests music can make us more social and empathetic.

“Darwin himself thought music could be a form of sexual selection: ‘Look at me, I’ve got time to be good at uselessly making music, see how fit I am?’ But this theory hasn’t often been supported by science.

Darwin also wrote down just a few sentences about both language and music originating from a musical proto-language, used by our ancestors to enhance or temper emotions.

“This I do find very plausible. Look how babies react to the tutututu of mothers, other than to less musical actual language. Another important finding is that we start producing dopamine when we’re looking forward to a certain moment in a song, before we actually hear it. This also illustrates the important link between music and emotion.”

Henkjan Honing (1959)obtained his PhD at City University (London) in 1991 with research into the representation of time and temporal structure in music.

He holds a KNAW-Hendrik Muller chair in Music Cognition and is Professor of Cognitive and Computational Musicology at both the Faculty of Humanities and the Faculty of Science of the University of Amsterdam (UvA).

He is the Distinguished Lorentz Fellow 2013/14, a prize granted by the Lorentz Center for the Sciences and the Netherlands Institute for Advanced Study.