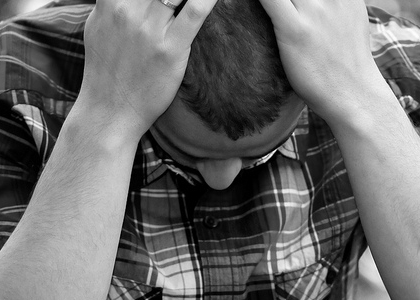 If you’re vulnerable to depression it doesn’t necessarily mean that you have certain unlucky genes or just experienced a traumatic event. What also makes you vulnerable to themental disorder is the way you think. And even if you don’t yet have this style of thought, you could pick it up from your roommate, a new study suggests.

It’s about the way you interpret stressful life events.If you see these events asresults of factors you can’t change and as a reflection of your own deficiency,it makes you morevulnerable to experience a depressive episode in the future, even if you never experienced this before.

Normally this so called cognitive vulnerability is quite stable after early adolescence. But researchers of theUniversity of the Notre Damefound that freshman students sharing an appartment could be influenced in these interpretations, by their roommates.

They followed 103 pairs of freshman studentssharingan appartmentand testedtheir vulnerability and depressive symptoms at one month, three months and six months after starting college.The results showed that those who were randomly assigned to a relatively vulnerable roommate were likely to alsodevelop higher levels of cognitive vulnerability.

Furthermore, students who showed such an increase afterthree months generally had nearly twice the level of depressive symptoms at six months than those who didn’t show such an increase. The researchers conclude that this provides striking evidence for a contagion effect.

Was the effect alsof found tobe the other way around? Luckily, yes. Students that were assigned to roommates who had low initial levels of cognitive vulnerability experienced decreases in their own levels. It gives us reason to think about the plasticity of cognitive vulnerability, and about the way you and your friends discussstressful life events.